Most amazing day of the summer by far!

I could never truly describe how incredible yesterday was.  You had to be there.....

Yesterday three families were brought together because of one selfless woman.  That remarkable woman is Sara, Lily's birthmom.  We were not the first family to be blessed by Sara's selflessness.  Eighteen years ago, she gave the gift of a baby girl to an incredible family.  A family, that i call friends because they were there with us when Lily was born and has continued to stay in contact with us over the years.

Yesterday i had the honor of taking Lily's birthsister, Anna's senior photos.
I couldn't think of a better way of making memories, than by taking photos of everyone together.
My heart is still overflowing with the joy at what was witnessed yesterday.  Really, i could cry tears of joys again, and again, and again......
Yes, our Sara is extraordinary, but it is our God who is miraculous.  Only He could've worked out such a perfect plan....not of our doing, but all His, and i truly would not have it any other way.

You can never have too many people to love you?  Right?
Can i get an Amen?!?!

Here is a small glimpse of true happiness in our little world. 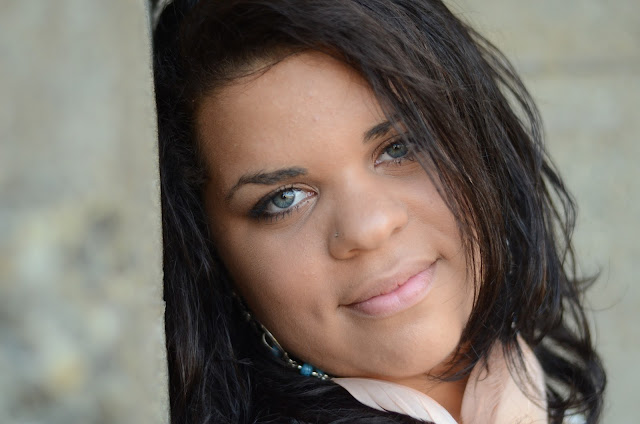 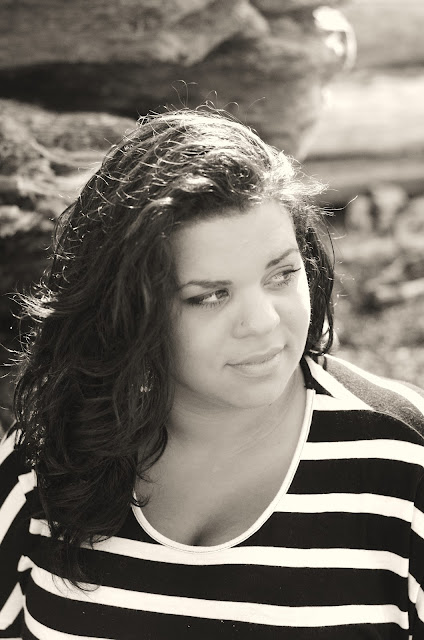 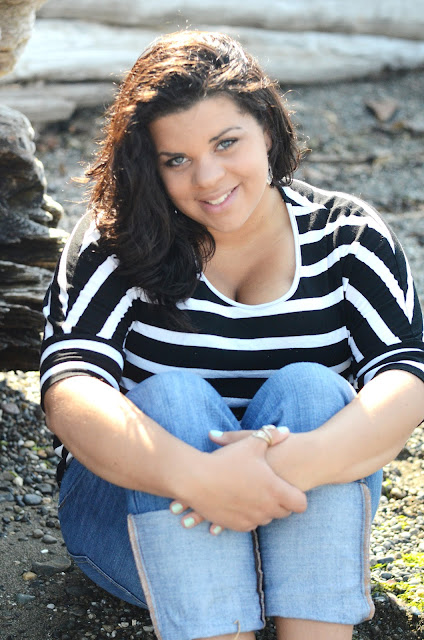 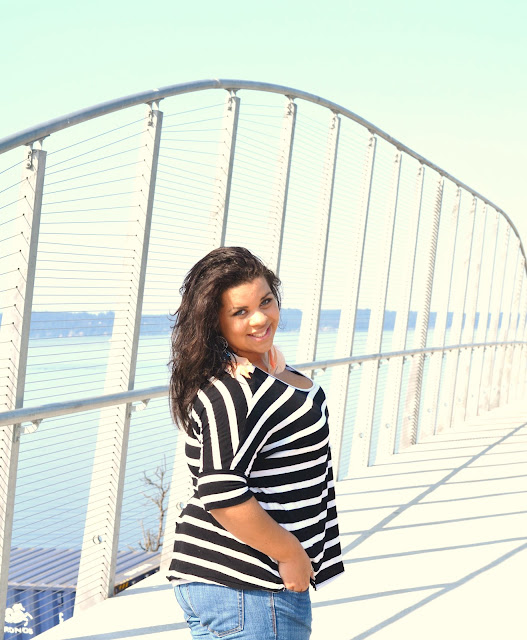 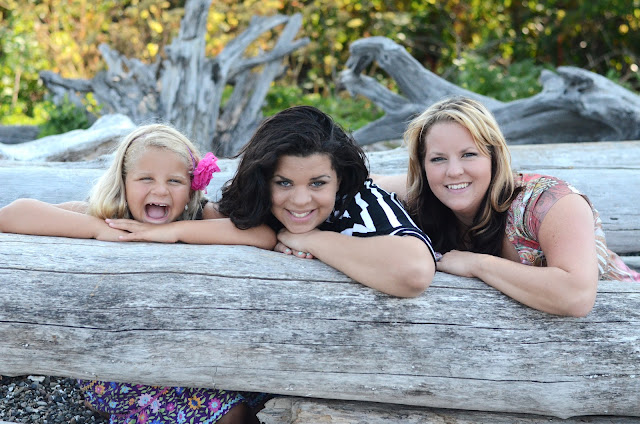 Jeff is doing an EMBA program with Columbia/Berkeley and he has to travel back to New York every so often.  Schooling fell close to our anniversary and he suggested we celebrate our anniversary a little early....New York style.

Our wonderful friends the Stene's offered to take our three crazy girlies so we could go enjoy some adult time...ALONE! :-)  Hopped on the red-eye on the 18th and without an ounce of sleep, we were in the city that never sleeps.  We scurried to the hotel on the subway.  It was a great way to break me in, so i could learn to scoot around town on a bargain budget.  Jeff got in a quick shower and off to class he went.  I felt horrible for him, but not bad enough to not want sleep myself.  Closed those dark curtains and off to slumber-land i went until some strange noise startled me out of my deep sleep.  It continued about every 5 minutes for ONE HOUR!!!!  I am thinking something must be going on in Times Square since we are staying in the heart of it, but i then realize it is coming from a speaker on the ceiling in our room.  I call down to the front desk and i am informed that they are doing a test on the fire alarm.  UGH!  No rest for the weary.....let's start this New York adventure!   Stop at the concierge to make sure i understand the subway and off i go!  Once i am out of the hotel, I totally feel rejuvenated by the excitement of the hustle and bustle of the city.

My first stop was to be to Century 21.  Supposedly high end bargain shopping right across from Ground Zero.  They open at 7:45 am!  I was warned it would be crazy and friends it was beyond CRAZY and so not worth it.  People were packed in there like sardines.  My hopes had faded that i would find a treasure there.  But the real treasure was right outside the door....Ground Zero.  I was in such a daze from lack of sleep when i left the hotel that i didn't bring my camera with me.  Not that i could even capture it in a photo because it is not just a picture....it's an experience.  Decided to continue my adventure to Canal Street, where every shop is exactly the same with all of the same knock off items.  I then off to Union Square in hopes to have luck at Nordstrom Rack.  Instead i found a Whole Foods and filled my belly while sitting outside in their town square.  No bargain treasures today but lots of great sight seeing and people watching!  Headed back and had a great Italian dinner and lots of yummy homemade sangria with Jeff's classmates that evening before calling it day.

Up and at it 5:30 for a morning run around Central Park with two of Jeff's classmates.  Lovely and wet....felt right at home.  A run always refreshes me and my body forgot that i was going on only about 5 hours of sleep in the past 48 hours.  What to do today?  Well, it was pouring buckets.  Literally!  Fortunately, like a good Northwesterner, i brought my umbrella with me.  Decided to tootle around town and just started walking.  Did you know that Starbucks and Sephora are on at least every other corner in New York city? :-)  Found Macy's....all seven floors!  Literally spent hours there.  Found a weather proof running jacket.  I am hoping i won't need to use much, but sure was missing having one last fall and spring.  As much as i would've loved to hop into to a taxi, i dodged the rain along with all of the other true New Yorkers and came back to the hotel exhausted and hungry.  Fortunately, we were having pizza, i mean pie, for dinner with Jeff's classmates and it was fabulous!

Did not run the next morning but finally slept for a good 10 hours!  Oh my....i was a new woman!  I walked 27 blocks to TJ Maxx and Marshall's....all in one big building.  I finally found some great treasures there.  Spent most of the afternoon there, stopped for some frozen yogurt and i've decided that besides cake batter and coconut, pistachio is my new favorite flavor!  Subwayed it back to the hotel because i was NOT going to walk 27 blocks back.

Today was the first day i finally took my camera out with me.  How sad is that?

In the big city and couldn't decide where to eat for dinner.  We always go to Bubba Gump Shrimp when we go to Hawaii, sometimes twice.  Yup....we were total tourists. :-) 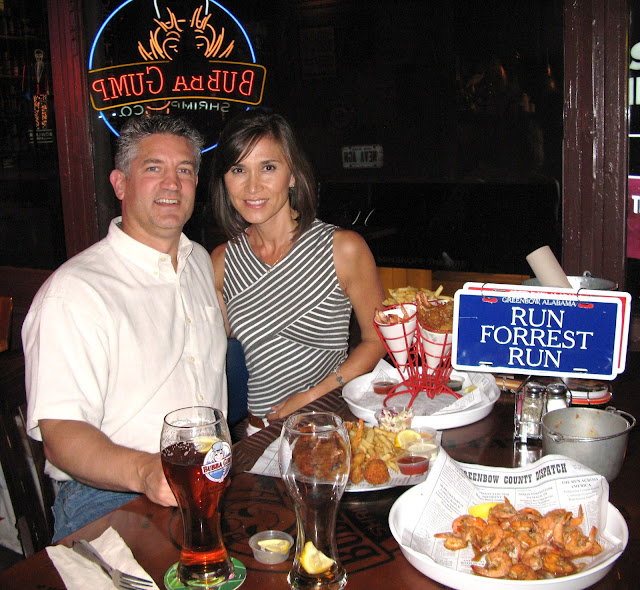 Next day we slept in and leisurely strolled around Central Park.  G.O.R.G.E.O.U.S!  Also peeked around the Natural History Museum.  Caught a cab over to the Boat Basin Cafe on the marina for a late lunch so our tummies would be full for Cirque du Soleil that evening.  The night was still young, well at least for the city :-) and we decided to stop for drinks at the Renaissance and then hit up the local swing club.  No dancing on our part, just watching others dance their hearts away as we ate our yummy dessert.  Swing dancing might be something for my bucket list though. 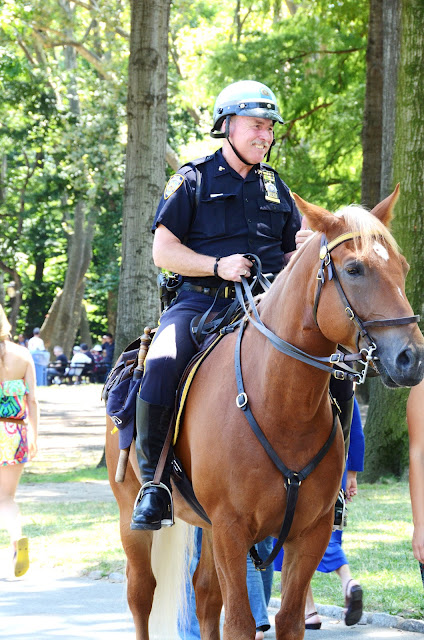 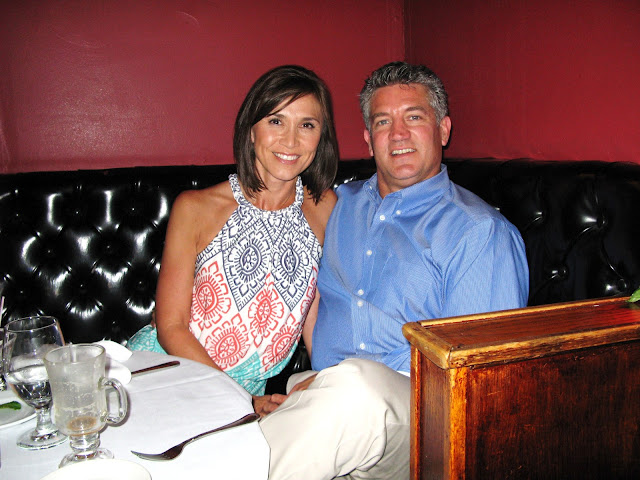 Decided we would try to see the Blue Man Group the next day in NoHo.  While we waited for the afternoon show to begin we stumbled upon a little Korean restaurant.  Oh my, i was in heaven!  You always have to be a little nervous when you go to your seats and there are ponchos waiting for you.  Fortunately we didn't get splattered by anything.  What a great show!
The rain decided to join us as we were leaving the show but we managed to brave it and walked over to Little China and Little Italy where we had  a late lunch at a little outdoor cafe.
We were hoping to get back in time to see Evita at our hotel but just too pooped and rested for a bit before heading over to the Blue Note jazz club for our last evening in New York. 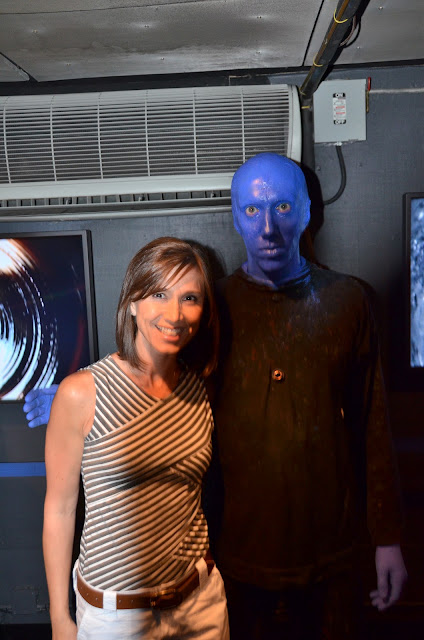 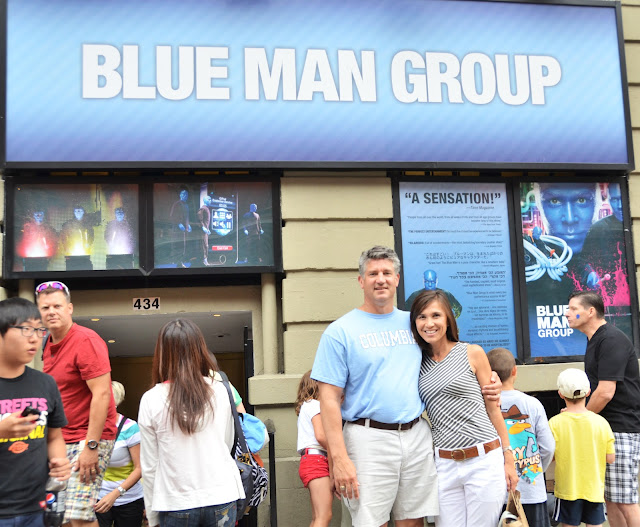 It's hard to believe i've been married to my amazing man for 19 years!
Looking forward to where our journey will take us and many more blessed years together!
Posted by SuLee at 4:02 PM No comments: