One of our "lasts"

It just dawned on me as i was trying to be clever with the title of this post that last night we had our final preschool Christmas pageant (sniffle, sniffle) in the Allen household.  It's hard to believe Lily will be moving onto kindergarten next year.

Her class did amazing and so did she!  I was a little worried because during rehearsal she just sat and smiled, sang a little but with none of the hand motions they had practiced faithfully in class.  I talked with her in the car on the way home about her participation and she went on to tell me that she felt embarrassed singing in front of people.  Yeah right, this is a child who will go up and strike up a conversation with anyone, anywhere.  So i pulled out the bribery card...yes, i know, awful but i said that if she sang the way "i" had hoped i would have a surprise for her after the pageant.  She paused for a moment and then said, "Will it be food"?  She kills me.  Unbeknownst to her we had already planned on taking the girls to Krispy Kreme afterwards and then to see Santa.

So....as you can see she was an obedient child, fulfilled her duties of singing with hand motions and than expected her prize.  We enjoyed our donuts and as for Santa, he dodged the Allen girls visit.  He literally had left his post moments before we walked in so we had to settle for a photo with the reindeer but at least it was free. :-) 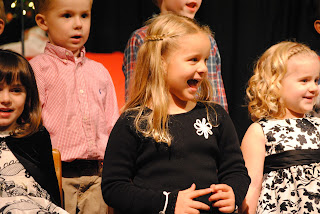 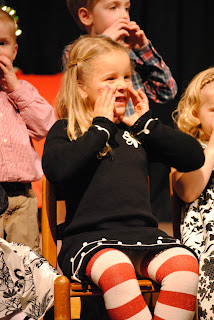 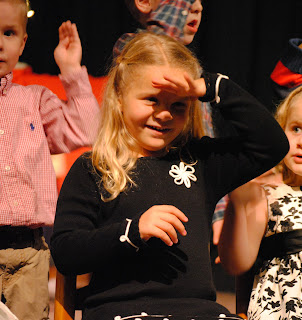 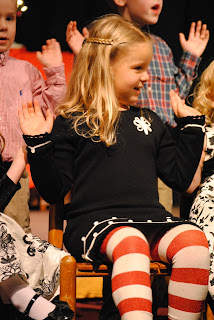 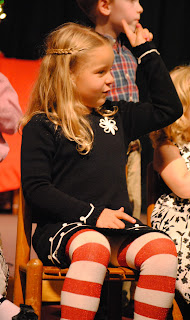 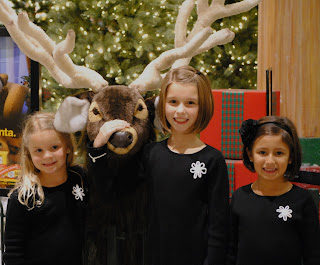