Great Wolf Lodge does not disappoint!

Skipped the first day back to school from winter break to experience for ourselves all the constant rave we hear about the Great Wolf Lodge.  It was as A-M-A-Z-I-N-G as everyone had claimed.  Of course being naughty and skipping school, adds to the excitement. :-)

We arrived a little after 2 pm on day of check in.  Our room was not quite ready, so we headed straight for the fun.  84 degrees and 56,000 square feet of water packed excitement was almost overwhelming....NOT!  The girls went crazy and were not afraid of anything.  I on the other hand was a little more apprehensive.  Could it be because i had a broken finger?   Nice try...NOT...i am just a big old of chicken when it comes to big water slides that make me feel like i have no control.  But guess what?  Took that splint off and went on everything and i had grand time.  Not as much fun as Jeff and the girlies, but close. :-)  The only break that was taken the first day, was to sit down and eat dinner.  The girls passed on the bed time story in the lobby and we shut the water park down that evening.

Got up early for story time the next morning and then started their MajiQuest.  MagiQuest is an interactive live-action, role playing game where players embark on quests and adventures in an enchanted fantasy world using real magic wands to solve the mysteries of the game.  Each of the girls had their own wands but we played only one game as a family because it literally takes hours to complete.  You have to go on different floors either by elevator or run up and down the stairwells to finish each quest.  That alone is more of a workout than the water park itself.  Their Daddy stayed strong with only one 2 hour break to have some more water fun and lunch before accomplishing the level of Master Maji.  They received buttons and certificates and the "Fire Wolf Wizards"(their Maji name) thought they are pretty hot stuff.  This game was so consuming that we did not leave Great Wolf Lodge until 5:30 pm!

We hope to return again soon and hopefully with another screamin' Groupon deal.  We were able to stay in a Grizzly Bear Suite which runs $389 for $219!  We also we received two pizza meal certificates which fed our family for the two days we were there and had a late check out of 2 pm.

These three little piggies were not scared of the big bad Wolf at all. :-) 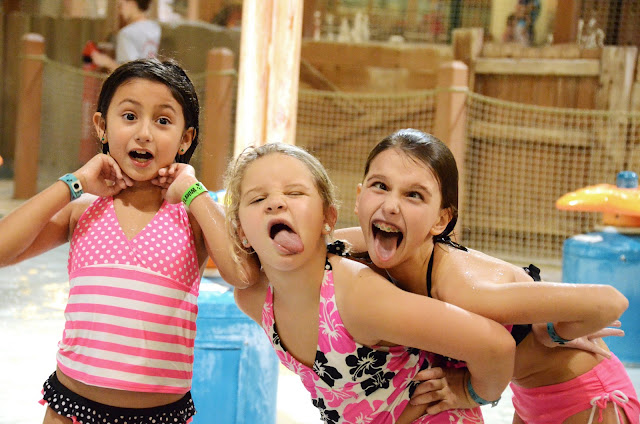 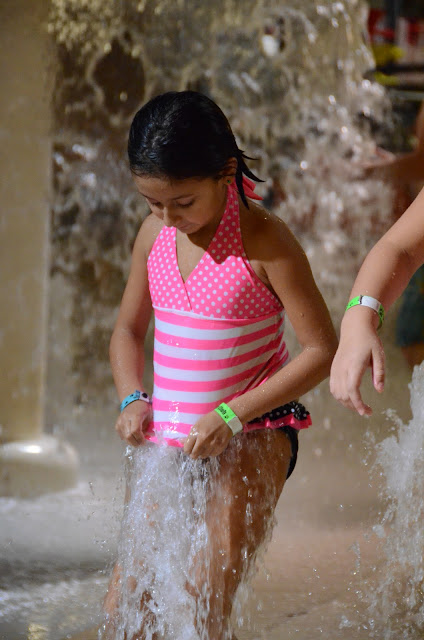 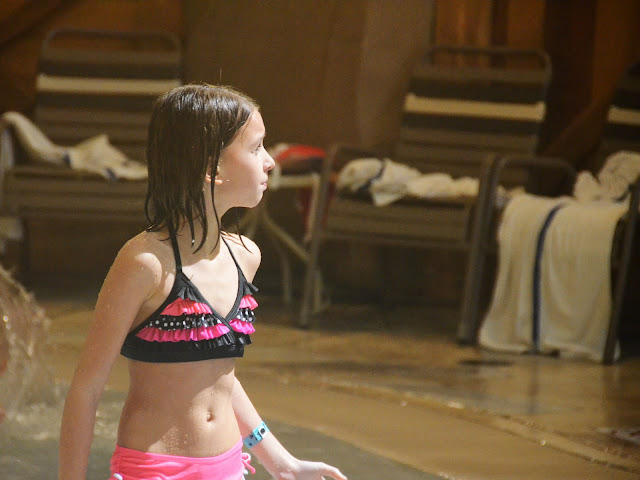 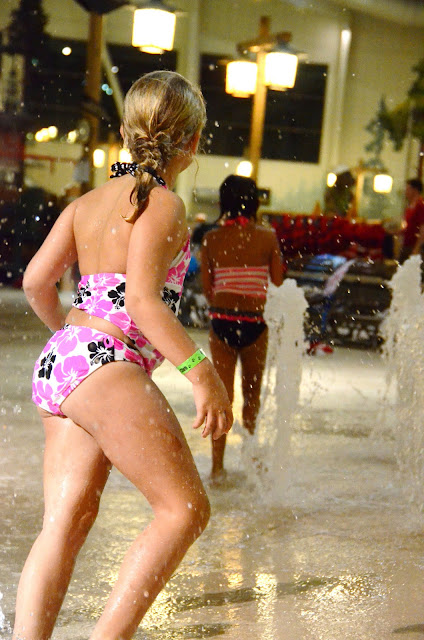 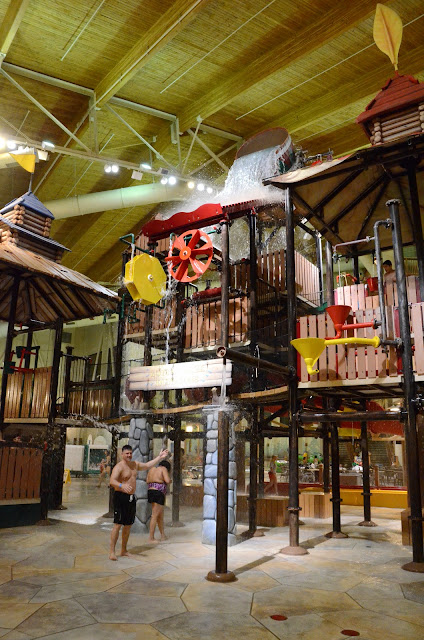 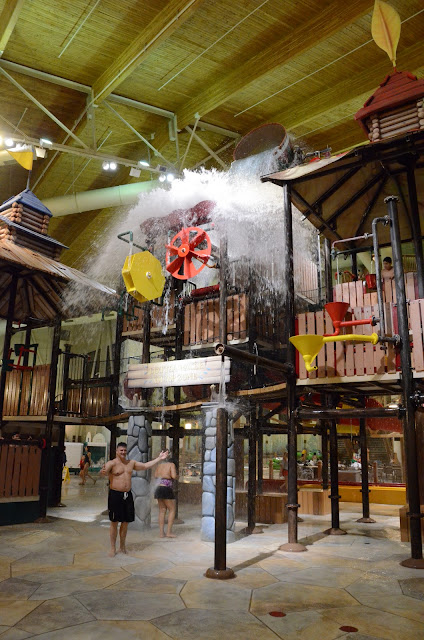 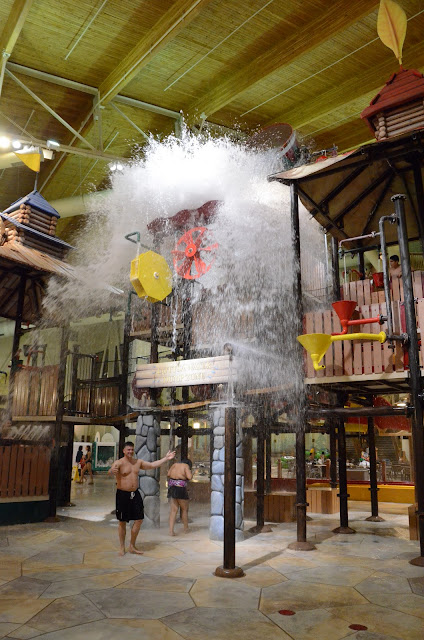 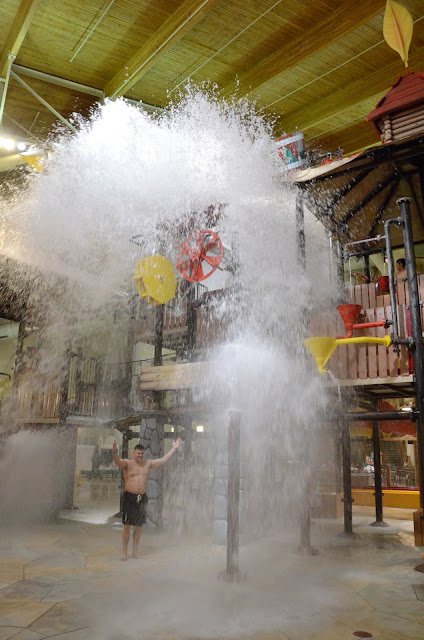 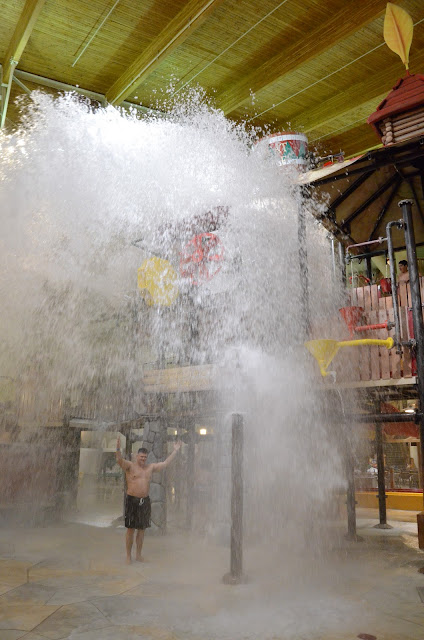 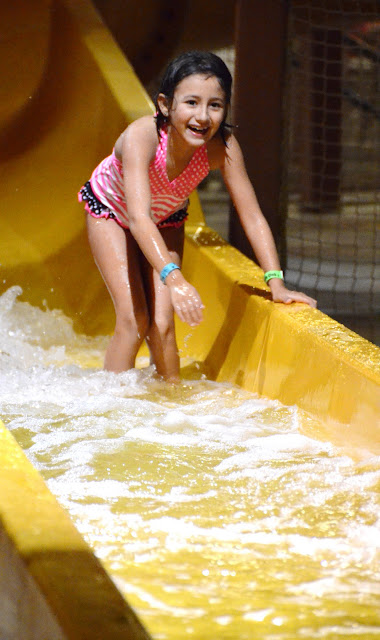