Do you really want to hear about it? :-)

Five o'clock in the morning is an early wake up call for our girlies, but well worth it when you are being surprised with a whirl wind trip to New York for five days to attend their Daddy's 25th college reunion at West Point.  Since we only had one day to take in the city, we decided we would stay at Time Square for one night to ensure thirty six hours of big apple fun!

Priceline did us well and we stayed at the Intercontinental, which was just a couple of blocks away from Time Square itself.   Grabbed McDonald's (only the finest) for our double-decker evening bus tour, sat back and relaxed for the next couple of hours as we took in the sites of the city.  The city that never sleeps was just waking up as we were getting off the bus and boy, were the streets crowded at 9:30 pm.  Tootled around, stopped by the Renaissance Hotel where Jeff stays while he is attending school and the manager spoiled us by treating us to a glass of wine and dessert for the girls.  The view from their lounge was amazing of Time Square and you really could behold the hustle and bustle of streets.  The Hershey store was our next stop and then Jeff took us over to a little Jazz club in hopes for the girlies to experience crooners while watching swing dancing at it's best.  Unfortunately, the dance floor was quiet, so we headed back to our hotel and called it a day at midnight.

We were up and at it at 8 am, which technically is only 5 am our time.....again a little tired but the girlies did well because i think they were ready for an adventure.  We stepped out to rain and felt right at home.  :-)  Stopped for bagels and you wouldn't believe all of the choices of bagels and cream cheese....heaven!  Toys R Us was open and friends, there is a FERRIS WHEEL in the middle of that Toys R Us store!  How cool is that?  We then did the only free thing on our whole trip.  Took a ferry ride over to Staten Island in hopes to get a nice glimpse of the Statue of Liberty.  Weather was not in our favor, but nonetheless, we could see her, and she was lovely.  Fought our way through the sideways rain to find us a yummy dog and that we did, at a little place that didn't even offer seating, but the two gentleman preparing our meal, pulled out their stools from behind the counter just so the girls had somewhere to sit.  Found our way to the ferry again and back on the subway to see one of the schools Jeff is attending for his EMBA, Columbia.  We then thought a taxi ride would be quicker than the subway back to the city, but we were mistaken.  The girls suffered through over an hour of traffic jams to be rewarded with their first trip ever to an American Girl doll store.  I know, i know, you can hardly believe i've we've held out this long.  It was fun for the first hour, but deciding on their first doll was more agonizing for me, than for them. :-)  Finally, the blessed moment came, all the girls picked out their beloved dolls and a couple outfits each and then we searched the city for the best pizza.  Honestly, by this time, i would've settled for Pizza Hut, but we were told to go to Ray's and it was delicious.

Six o'clock we are saying goodbye to New York city and on the road to see our friends the Doyles, who have graciously offered to host our family for the rest of our trip.  I had conversed with Krisitn prior to our coming out in hopes that she could help us find a sitter for adult functions for the reunion.  Not only did she find us a sitter (them), but she also propose we stay with them for our stay. Double bonus!
Traffic was a mess, it was dark, and we got lost for two hours trying to find their home. :-(  Sadly we missed the adult mixer that evening, but had a good time visiting with the Doyles while eating freshly made chocolate chip cookies.

Friday morning was lovely and sunny and you could hardly believe what the weather people were forecasting.....SNOW for Saturday....5-12 inches.  I didn't believe them, okay, i DID NOT want to believe them because we were not prepared for snow!  Tried to forget about the snow forecast and headed over to West Point to register.  Had lunch in the quite little town of Highland Falls and then made it to the beautiful campus of West Point.  Really a site to behold.  The grandeur of the buildings and the deciduous trees that had all taken on their fall colors was breathtaking.  It was a gorgeous day to see the sites of Jeff's alma mater.  Scurried back to get ready for the evening dinner and looked forward to reconnecting with Jeff's classmates.  Friends, let me tell you, my husband was the BEST looking 47 year old in that room!  I was proud to be on his arm.  Those men, with a few women thrown in, were chattier than a bunch of hens, but it was fun to watch and listen to their reminiscing of the good old days.

Saturday was game day!  Parade day!  This was probably the biggest reason why we brought the girls with us on the trip, was for them to be able to witness the magnificence of West Point cadets on the field.  We did not get word until almost 11 am that the parade had been cancelled and literally, as we received the news, it started to snow.  We thought we would just get a smattering, but no, it started dumping.  Uh oh.....the weather people were right for once.  We headed to the mess hall for lunch and then trudged up an enormous hill...okay, it felt enormous when snow is smacking you in the face, to the stadium.  Bought plastic ponchos, listened to the girls whine about being cold and then i followed Jeff into the stands and pretended to be a fan for two touchdowns.  After that, us four girlies were done.  Fortunately, they opened the tailgate party up early.  The girls stripped off their wet layers and Tuggs (Target Uggs) and ran around barefoot.....brrrrrrr.  A few short moments later, a nice gentleman announced that the major roads to get out of West Point were closed due to snow.  I called our friends we were staying with and she informed me that a tree had fallen in their yard and they were without power or heat.  All the hotels in the area were sold out.  Ugh.....now what?  The good Lord was watching out for us.  We were about to bunk up into a small hotel room with a little family of three when i received a call from our friends stating that she had found a couple to take us in for the night.  Really?  Total strangers took our family of five in for the night.  We had warm wonderful beds to sleep in, our clothes were dried and then the husband made all of us sausage and pancakes in the morning.  We would loved to have stayed for the rest of the day to soak up their hospitality, but we called the airlines and our flight was on time.  We had to jet back to our friend's home, pack frantically, and get a move on to the airport.

We made it to the airport, only to find out our flight was delayed by two hours.  So they we were, in our same clothes from the day before,  not showered and exhausted.  Found a place to sit our weary selves and devoured $67 worth of airport food.
We had an uneventful flight home.  I started to read The Help and couldn't put it down...made it half way through the book and all of a sudden we were landing in Washington.  I was so HAPPY! 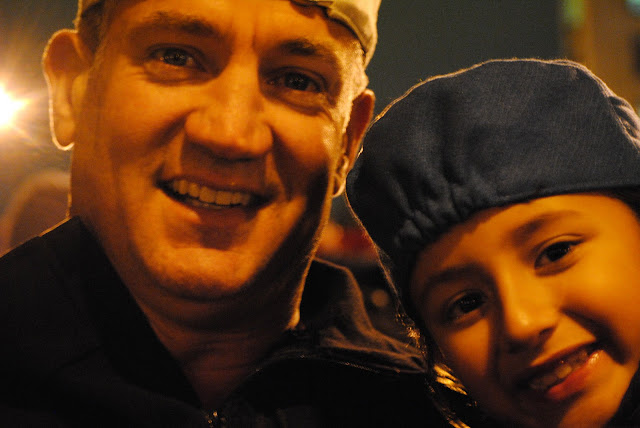 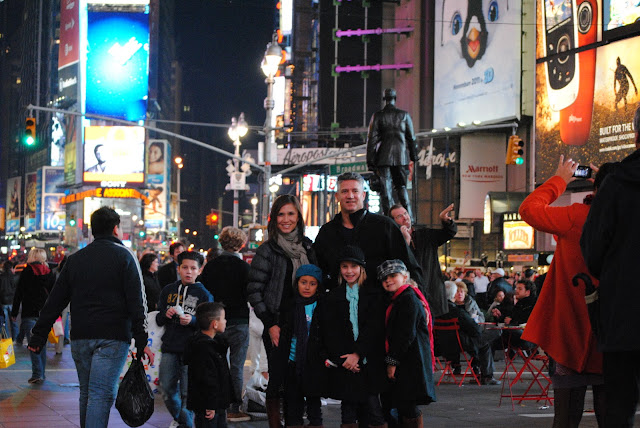 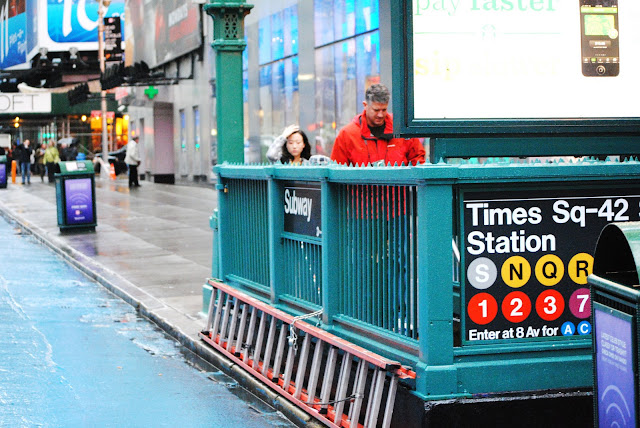 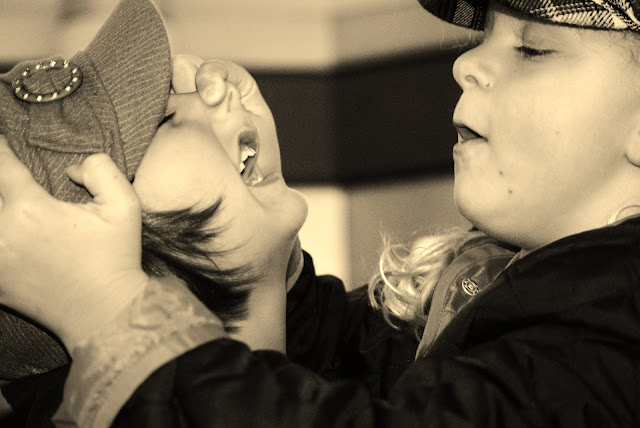 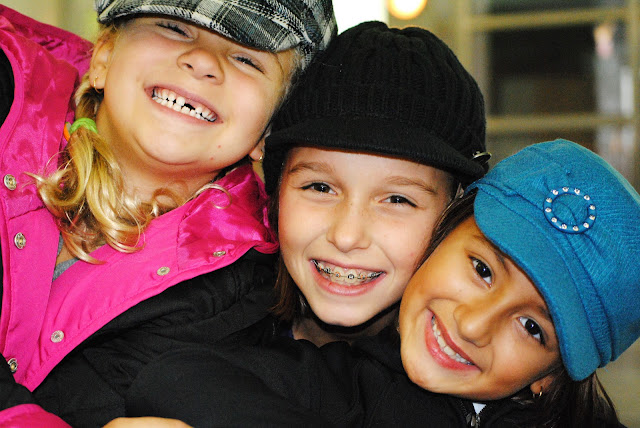 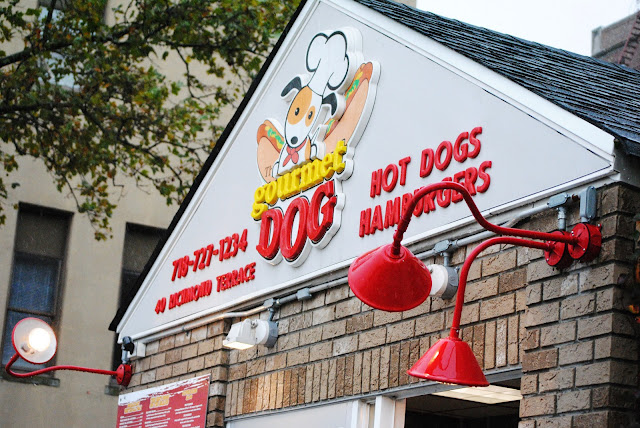 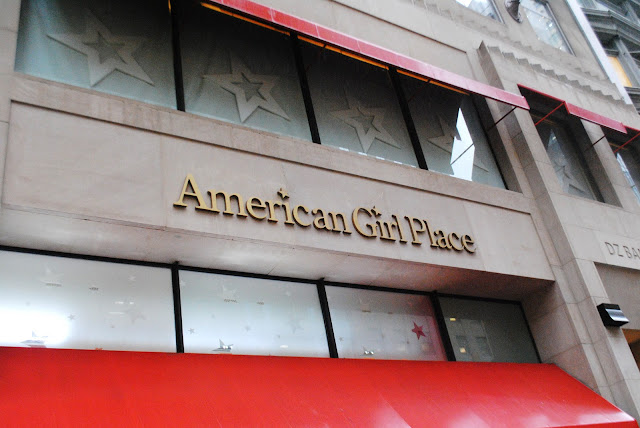 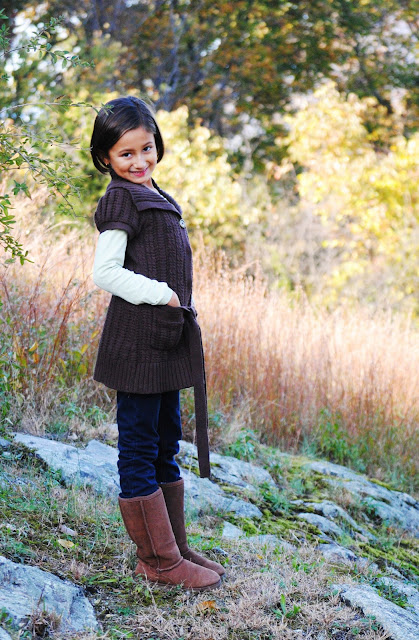 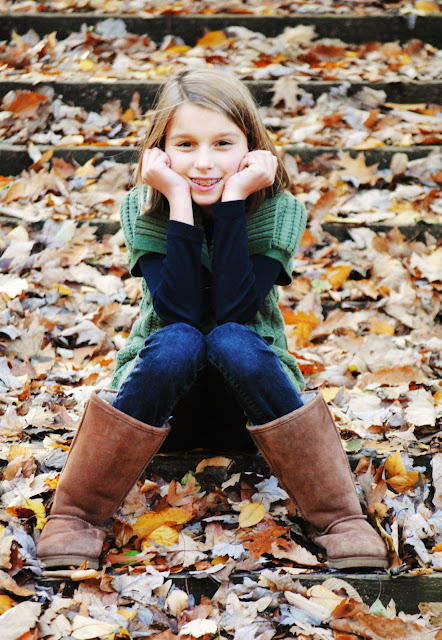 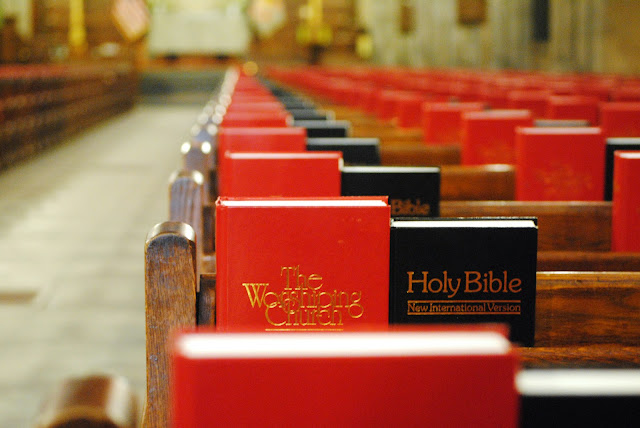 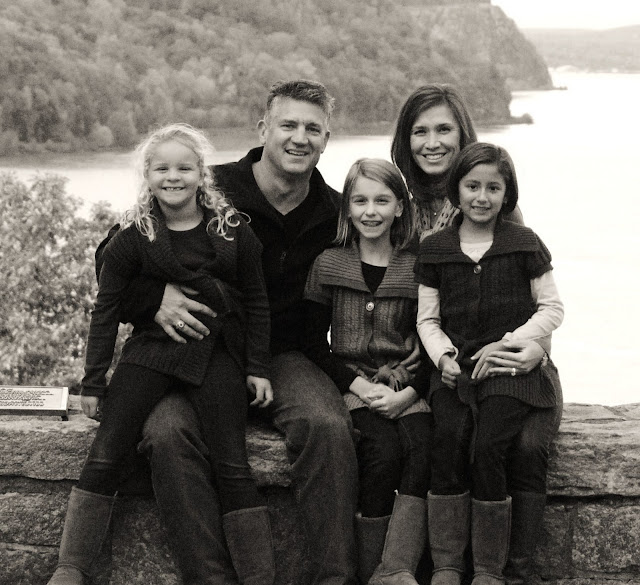 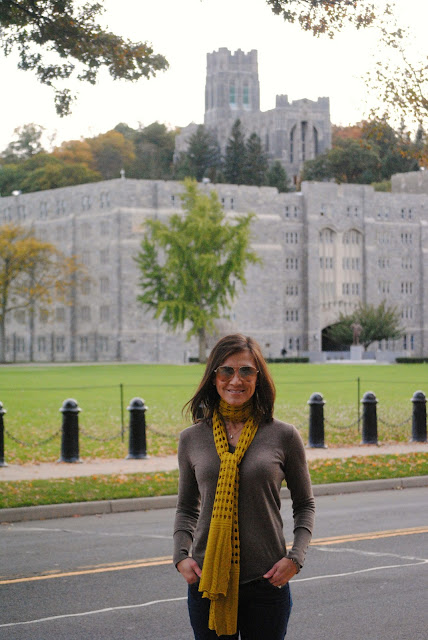 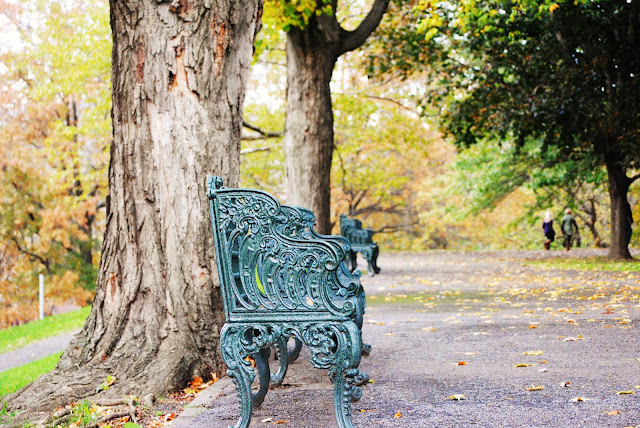 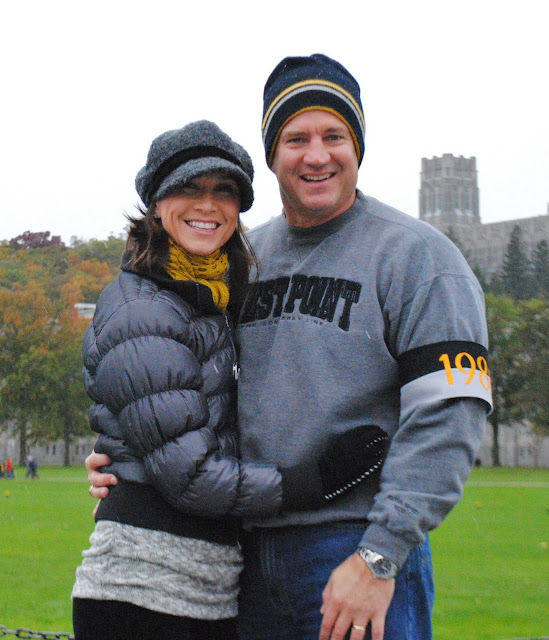 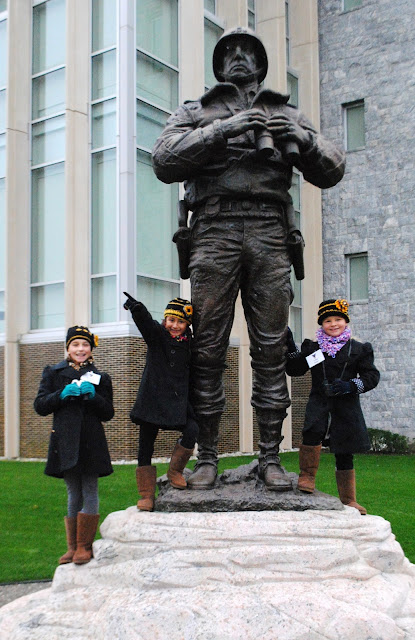 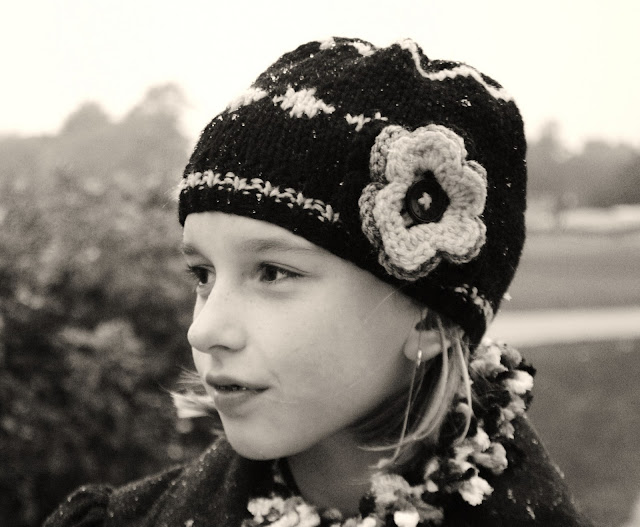 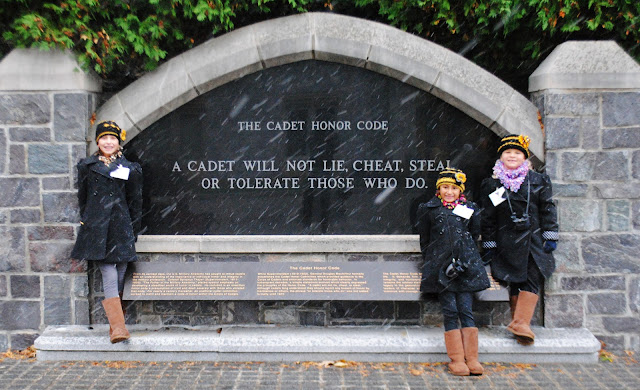 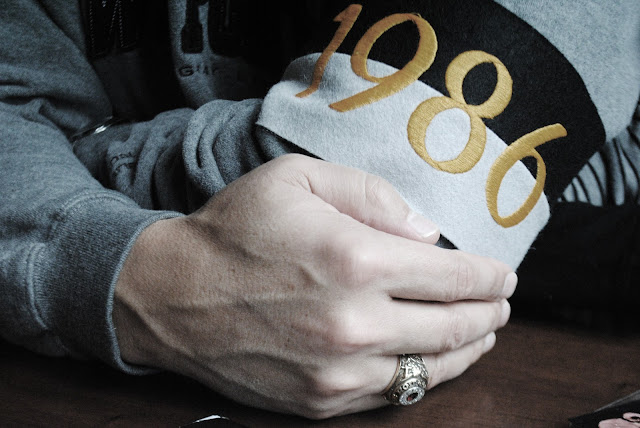